Home News Feed Nigerian Celebrities defend themselves: ‘We were not bounced at the 2014 Grammys’
Facebook
Twitter
WhatsApp 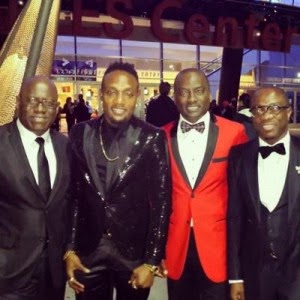 You all know Some Nigerian stars were at this year’s Grammys .Among them were Julius Agwu, Kcee and Harry song, Dayo Adeneye and Kenny Ogunbe,Seyi Shay.
So there were reports that they were bounced and barred from entering the hall because they couldn’t afford to buy a $4000 table. Also the fact they didn’t take photos at the red carpet (only Dencia was spotted at the redcarpet) fueled these rumours See their reactions to encomium

“I had a pass already into the Grammy, so also other celebrities. We arrived the venue in a limo, walked through the red carpet. However, we can’t deny the fact that we are not known as celebrities. We might be big in Nigeria, but nobody knew us there, Maybe that’s why we just entered the venue, just like every other person that attended.” 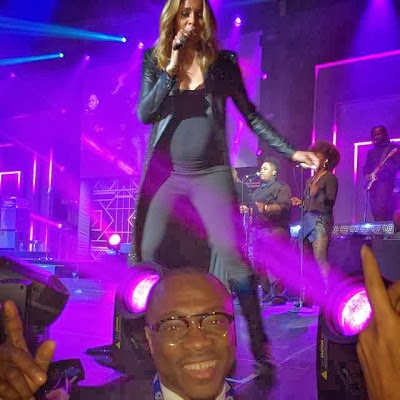 “I don’t know why we (Nigerians) like spreading rumours. What do we intend to gain from spreading falsehood? I’m not happy about it, I must confess. This is because you can’t get to the red carpet without an invitation. In fact, you need to get invitation, and ticket are not being sold. You can’t even work freely on the street when you don’t have business at the Grammys. You can’t snap pictures inside the hall. Pictures are not allowed. It’s part of the rules in your invites, except at the red carpet.”