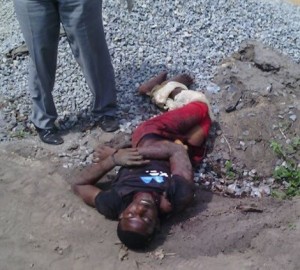 According to our sources, a 300 level student of the University of Cape Coast,  identified as Mr. Godwin Awogbo, was found dead on Thursday within the  campus premises.

His lifeless body was found with his intestines gushing out from his lower abdomen, close to the Brown Palace hostel.
Our sources gathered that the gruesome incident happened on Wednesday night.

The deceased Godwin Awogbo, according to his roommate, he tried calling him on his mobile phone  when
he didn’t return to the room on time but couldn’t reach him. He got to know about the death when he received messages from friends in the  morning informing him about the lifeless body they had found.
His roommate said he was a Nigerian who was studying Social Science at the University.
Circumstances leading to the death of Godwin could not be established and the police have been invited to take over the case. 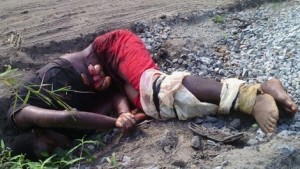