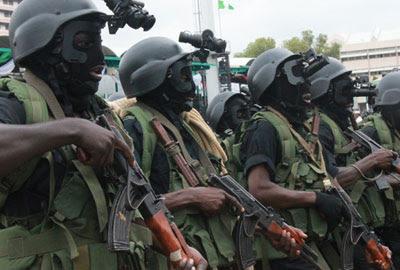 A former Director of the State Security Service, Mr. Mike Ejiofor, has faulted the claim of the Borno State Governor, Kashim Shettima that members of the Islamist sect, Boko Haram were better armed and motivated than Nigerian troops.

Gov. Shettima had last week Monday in reaction to a series of Boko Haram attacks that left over 100 people dead in his state, lamented that the insurgents were better armed and motivated than security forces battling to quell insurgency in Borno. He also said Nigeria was in a state of war.

The presidency has since debunked the claim and berated the governor for speaking on matters for which he knew only from a civilian stand point.

Also adding his voice in condemnation of Shettima’s statement, Ejiofor said it was sad that such comments emanated from the mouth of a state governor.

He said, “I don’t agree with Shettima. He is the chief security officer of that state. Even if the situation is so bad that it cannot be managed, he should be in a position, as a leader, to motivate people. I believe that the statement was made out of frustration. It was made either out of mischief or lack of knowledge, or a combination of both.

“There is no way he can compare the motivation of our trained military personnel with that of untrained insurgents, who are out to destroy the economy, with no defined objectives”.

The former SSS boss added that Boko Haram was a political creation and urged the governor to explore political solutions to the problem by talking to the leaders of the sect, who he said live among the people.

Ejiofor noted that the recourse to attacking soft targets by Boko Haram was an indication that they were frustrated and are at their tethers end.

“What Boko Haram is doing now signifies the end of their time. They are no more coordinated, they are just attacking innocent citizens. They have no boundaries; they are attacking Christians, Muslims, security officials and everybody. I believe they are carrying out these recent attacks out of frustration and it’s a sign that their end is near”, he stated.