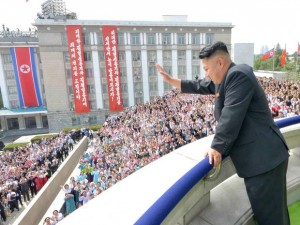 North Korea has rejected a UN commission’s report that it committed crimes against humanity, calling it an “extremely dangerous” political provocation.

An unnamed North Korean Foreign Ministry spokesman claimed the panel was US-orchestrated and that Washington should mind its own business.

The statement was in response to a hard-hitting report issued on Monday by the three-member UN commission of inquiry that recommended a referral of its findings to the UN Security Council and the International Criminal Court.

“This is an extremely dangerous politically-motivated provocation aimed to tarnish the image of the dignified DPRK and ramp up pressure on it in a bid to bring down its social system,” said the statement, referring to the North by the initials of its formal name, the Democratic People’s Republic of Korea.

The commission was established by the UN top human rights body. It conducted a year-long investigation but was unable to visit North Korea.

The UN Commission of Inquiry on Human Rights in North Korea published its report earlier in February with evidence of murder and rape inside the country’s labour camps where political prisoners are held.

The commission was set up last March to begin building a case for possible criminal prosecution and called more than 80 public hearings in the course of the investigation.

The report, which will be presented to the UN Human Rights Council next month, detailed “extermination, murder, enslavement, torture, imprisonment, rape, forced abortions and other sexual violence”.

“The gravity, scale and nature of these violations reveal a State that does not have any parallel in the contemporary world,” it said.