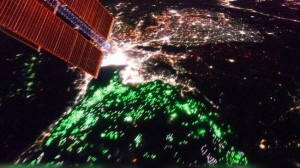 A ministry spokesman said the missiles, with an estimated range of 200km, were fired off the east coast of North Korea.

“Our military will maintain tight vigilance in preparation for additional launches or any military provocation from the North,” the spokesman said.

North Korea carries out short-range missile tests on a fairly routine basis, and has used them before to display its anger at the annual military exercises.

Observers said the tests were unlikely to trigger a significant rise in military tensions.

The South Korea-US drills kicked off on Monday, despite vocal opposition from Pyongyang which views them as rehearsals for invasion.

This year, they overlapped with the end of the first reunion for more than three years of families divided by the Korean War – an event that has raised hopes of greater cross-border cooperation.

Pyongyang had initially insisted that the joint exercises be postponed until after the reunion finished on Tuesday.

But Seoul refused and – in a rare concession – the North allowed the family gathering on its territory to go ahead as scheduled. [AFP]