Oba of Lagos, Rilwan Akiolu, says ex-President Olusegun Obasanjo is responsible for the poor state of infrastructure in Lagos State. Akiolu said Obasanjo should be blamed, rather than President Goodluck Jonathan. 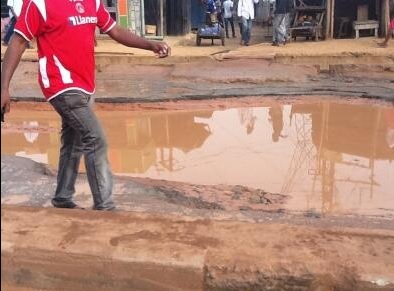 The Oba made this statement on February 19, 2014, Wednesday, at the public presentation of the book The Life of James Pinson Labulo Davies: A Colossus of Victorian Lagos and Worthy in Character and Learning, written by Professor Adeyemo Elebute.

Oba Akiolu said when Jonathan visited him recently, he told him that all through the eight years Obasanjo was in office, he denied Lagos its status and ‘bastardised’ the system.

“I told the President about six days ago that no one should play politics with development. Although he had his own challenges, many of the problems for which we are blaming Jonathan, were problems created by the Obasanjo administration.

“So what is he talking about now? Don’t play politics with Lagos. What is due to Lagos must be done for the state. This isn’t politics. What the British did to Lagos can be linked to what the former president did to Lagos during his eight years of administration. And those who were in position at that time failed to call him to order,” he stated.

He said that the annexation of Lagos by the British over a century ago plunged the state into serious problems, saying that the British only came for commercial reasons and that their action led to Iga-Idunganran, the Lagos Palace, losing a larger percentage of its landed property.

The Governor of Lagos State, Babatunde Fashola, who was also present at the event, urged Nigerians to reflect on the past successes associated with Nigeria as a nation in order to find the right inspiration towards rebuilding the country, saying such reflection would also reawaken their patriotism as Nigerians.

Gov. Fashola said the sooner the nation returned to the path of learning the better for it, adding that it is only by useful knowledge that Nigerians would be liberated.

“So, learning, clearly, will liberate us. It has shown its value in our development  and perhaps as we moved away from learning, whether by accident or by developmental limitations, we have found going forward a little more challenging and I think the quicker we return to learning the better we will be,” the Governor stated.