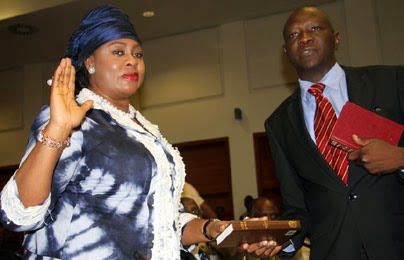 The sack of the Minister of Aviation, Princess Stella Oduah, by President Goodluck Jonathan, has been greeted with a nod of satisfaction by the House of Representatives.

The former minister, who was accused of purchasing two bullet-proof cars at an inflated cost of N255 million last year, was recommended for sack by the House Committee on Aviation after a week- long public hearing.

Speaking with journalists on Wednesday, Chairman of the House Committee on Media and Public Affairs, Rep. Zakari Mohammed (APC, Kwara), said the House proved detractors wrong as Oduah’s removal and ouster from office showed the president was on the same page with the lower chamber’s  resolution.

Mohammed said, “We have kept faith with exposing corruption and for us, we have done our job. And if the President has finally decided to do his now, then we are on the same page”.

On the allocation of N7billion by the Presidency for the planned national conference, Rep. Mohammed said the House would look into the proposal based on its merit and do justice to it whenever it is tabled before the National Assembly.

He said, “As an institution, it is too early for us to talk about the desirability of the conference and the budget for it. But when they bring it to us, we would look at it critically”.