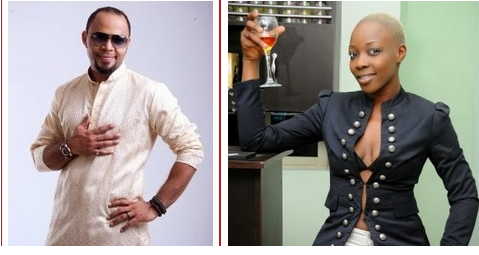 Nollywood actor, Ramsey Nouah has remained one of Nollywood’s handsome and talented actor no wonder ladies are always after him.

That’s not all the Joju Muse, a  Public Admin graduate from Olabisi Onabanjo University and daughter of a former senator confessed.

On which Nigerian actor would you not mind kissing on set?

There are actually two of them; Ramsey Nuoah and John Dumelo. I’m so in love with both of them. Their movies hit the right spot.

Everything join together. [laughs]

If she doesn’t mind a sex scene with Ramsey Nuoah?

A sex scene with Ramsey? Mehn, we are doing it for real. No acting, we will do it.