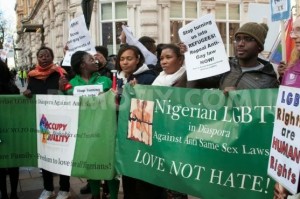 PRO gay activists under the umbrella body of LGBTI (Members of the Lesbians, Gays, Bisexuals, Transsexuals and Inter-s*x) in the Diaspora held a peaceful rally yesterday February 20th outside the Nigerian High Commission, London, to protest the Same S*x Marriage Prohibition Act signed into law by President Jonathan.

SCROLL DOWN FOR PHOTOS

The coordinator of the protest Davis Mac-Iyalla said he knows a few Nigerian leaders who are gays and lesbians “I know at least seven in both the Senate and House of Reps. They are in the minority and it will be wrong of me to mention their names, but they are there” 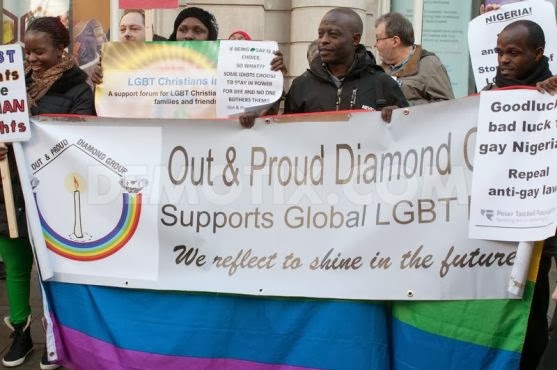 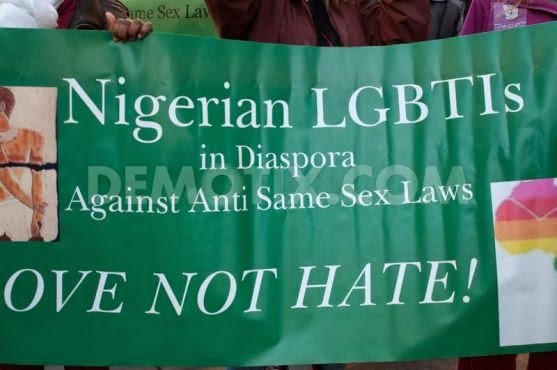 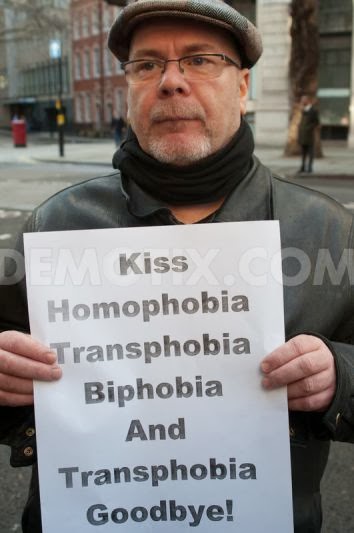 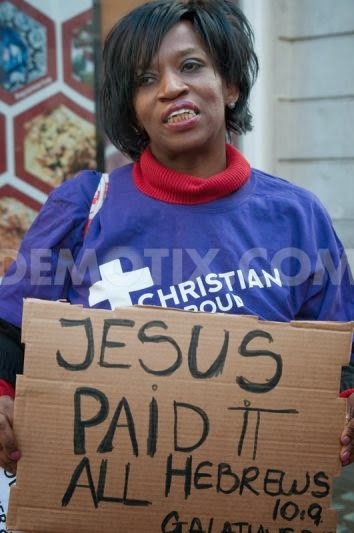 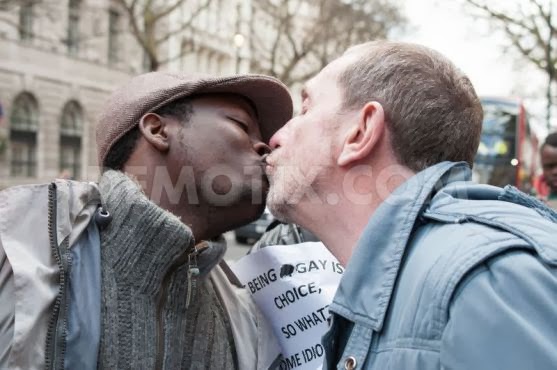 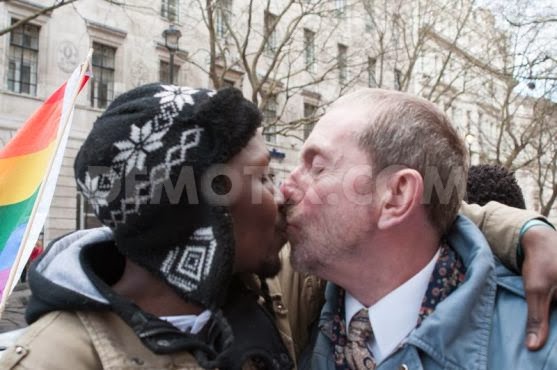 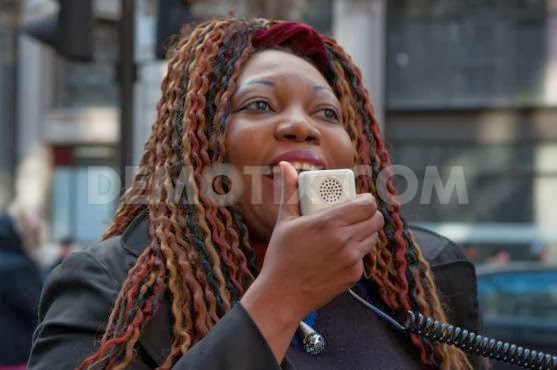 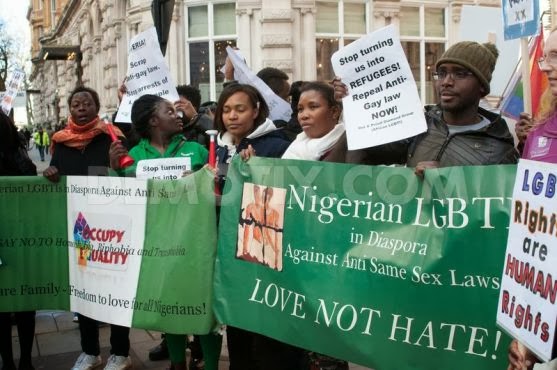 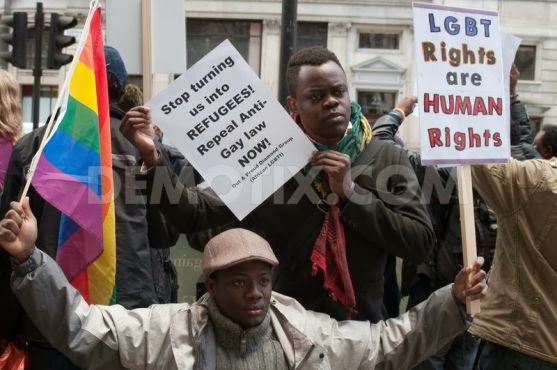 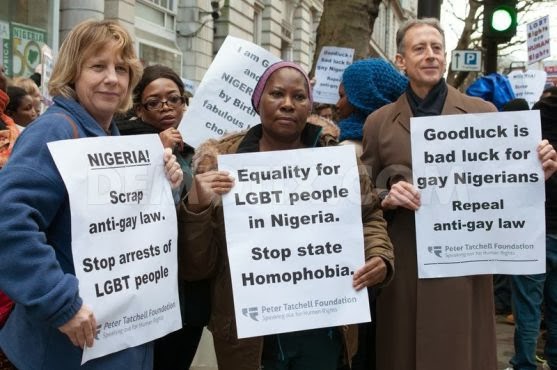 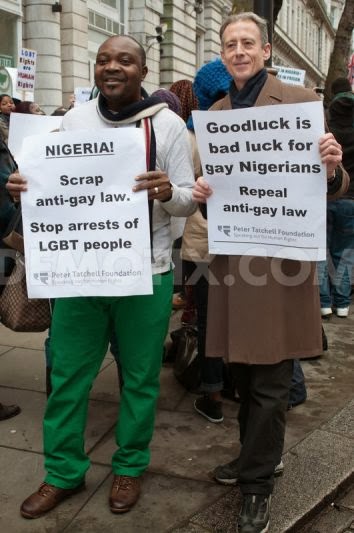 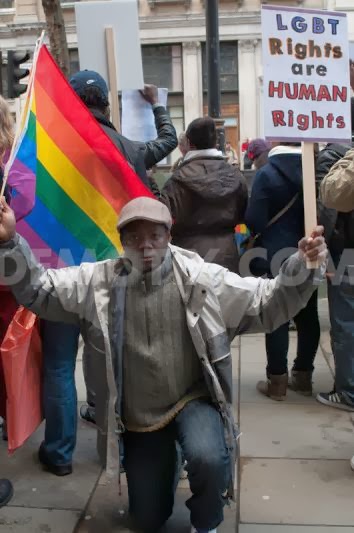 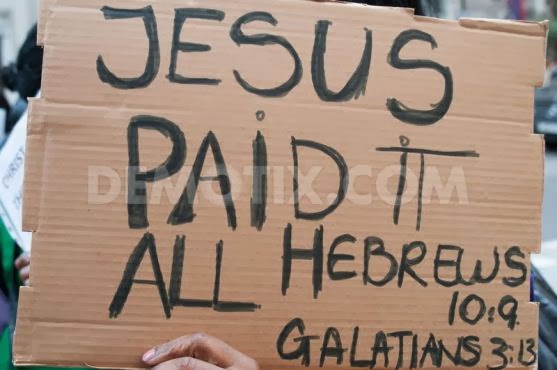