PHOTOS: Dead Man Wakes Up As Funeral Home Prepares To Embalm Him

A man who woke up in a body bag at a funeral home after being pronounced legally dead in what the coroner described a ‘miracle’, USA. 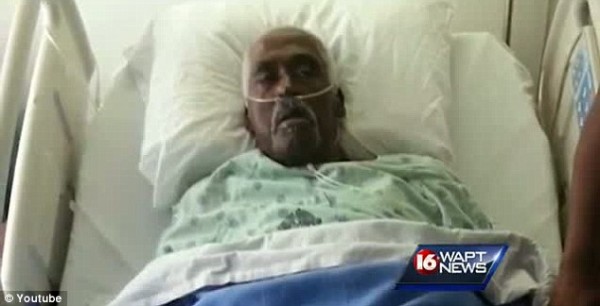 Back to life: Walter Williams from Lexington, Mississippi, after being pronounced dead and waking up at a funeral home inside a body bag

Walter Williams from Lexington, Mississippi, was zipped up in a body bag while funeral home workers prepared to embalm him, but instead they soon found him kicking to get out.

The coroner suspected that Williams’ pacemaker had likely stopped for a brief period and then started up again. 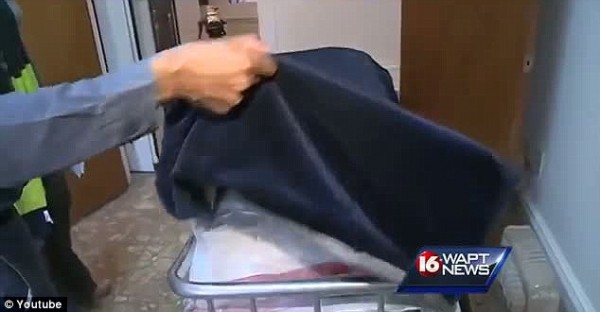 The body bag that contained Williams for the duration of his ‘death’ which lasted a few hours. He shortly woke up in a shocked state

The coroner said that he had checked Williams’ pulse at 9pm that night, pronouncing him dead shortly after.

Williams’ nephew Eddie Hester said: “I stood there and watched them put him in a body bag and zip it up.

Williams was resting on the small trolley, inside the bag, and was found struggling to find his way out of the bag

Paramedics took Williams to hospital where he stabilised, and was said to be ‘happy to be alive’ by family members.

Hester said: “I don’t know how long he’s going to be here, but I know he’s back right now and that’s all that matters.”

Byron Porter, of Porter and Sons Funeral Home, said it was the first time he had seen anything like it.

He said: “He was not dead. Long story short.”

Holmes County Sheriff Willie March said: “I asked the coroner what happened, and the only thing he could say is that it’s a miracle.”

Williams had been a long time farmer and had worked for the local school board. He was described by his family as a ‘fighter’.