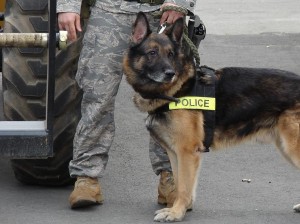 Fred is a classic example of good talent gone to waste.

The Gulfport, Mississippi Police Department dog had the talent for sniffing out contraband, but he was lazy and too easily distracted, authorities told the Biloxi-Gulfport Sun Herald.

The department had to let Fred go — back to his previous owners at K-9 unlimited in Louisiana.

While on duty, Fred could be found playing with a soda can instead of doing the police work he was trained to do.

But, while Fred’s tenure ended ignominiously, it could have been worse.

Three years ago, the Braidwood Police Department in Illinois had to retire Atom, after the cop K-9 attacked a suspect who was already in custody.