A former Governor of Kano State, Alhaji Ibrahim Shekarau has cast a spell on any politician who fails to impact on the lives of his people. 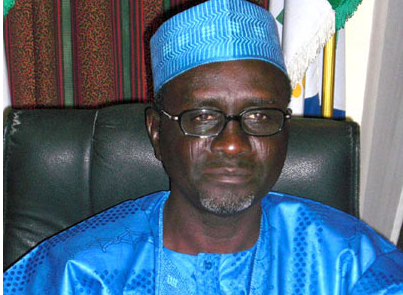 Speaking in Yenagoa during the Bayelsa monthly transparency and ceremony to mark 2 years in office of the Bayelsan Governor, Seriake Dickson, Shekarau rated Dickson high in the area of respect for the rule of law, promotion of peoples oriented projects, fiscal regulatory control and anti-corruption.

Ex-Governor believes that the performance of any administration will be judged on the “How” and the “Why.”

“If the How and Why are not in accordance to God’s law and the peoples benefit, God’s blessing will not be with you. The transparency aspect of governance is in accordance with the law of God. All the judgement of God on politicians will be placed on two pillars. It will be that of why and how. If your Why is not Godly and your How is not in accordance with the dictate of God, God has no business with you. And your end result may be hell fire.  Clerics have told us that we should make our future a priority with transparency and probity and God will prioritize our years.  When a man in the village heard all the billions read out in the transparency briefing of the governor, he may likely dismiss it with a wave of hand. He will declare that he has not seen it on his plate of food. And therefore, any action, policies and programmes initiated by government, in a small way, must go to change the lives of the human being.”

On his part, the Leader of the Caucus of National Assembly members from Bayelsa State, Senator Heineken Lokpobiri commended the performance of the state governor, adding that such performance makes a good base to ensure victory by the ruling party in 2015.