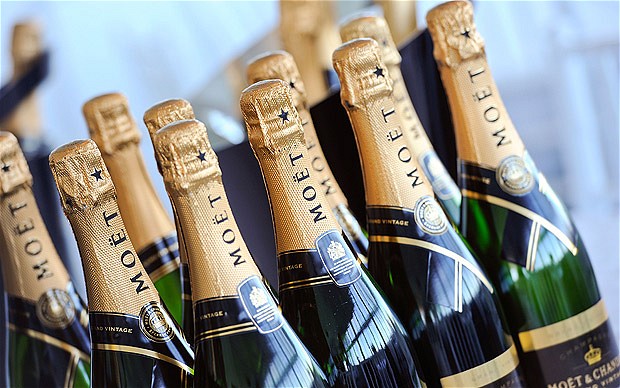 A 26-year-old student, Ramon Bankole, who allegedly drank wine worth N65, 000 at a club without paying, on Monday appeared before an Ikeja Magistrates’ Court.

Bankole, a student of the Ibadan Polytechnic, Ibadan, who resides at No. 6, Muyiwa Close, Ogba, Lagos, is standing trial on two-count charge bothering on stealing.

The Prosecutor, Sgt. Chinalu Uwadione, said that the offences were committed at 3:00 a.m. on February 24, at Club Uno, Allen Ave., Ikeja.

Uwadione told the court that the accused stole three bottles of Moet and one bottle of Hennessey drink valued at N65, 000 belonging to the club.

He also said that the accused stole a handset worth N65, 000 and cash of N5, 000 belonging to one Miss Olayinka Ariwoola.

“Bankole ordered drinks which he knew that he could not afford to pay for at the club and shared it with his friends.

“Ariwoola’s phone which she gave to Bankole to help her charge was seized when he could not pay the bill for the drinks”, he said.

Uwadione said that the offences contravened Section 285 of the Criminal Law of Lagos State, 2011.

The Magistrate, Miss A.O Akinde, granted the accused bail in the sum of N100, 000 with one surety.

“The surety should be a close relative of the accused, reside within the court’s jurisdiction and show evidence of three years tax payment”, Akinde said.