Nigeria has been warned against using religion to divide the country for political reasons by the United States Ambassador to Nigeria, James Entwistle. 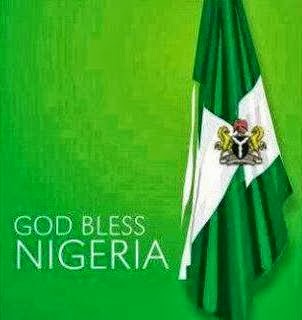 The US envoy, who made this comment yesterday at the Sultan palace in Sokoto State, noted that Nigeria shares similar characteristics with the United States, even as he admonished Nigerians to put aside their sentiments and ensure transparent general election in 2015.

Talking on the future of democracy in Nigeria, James Entwislte said the country had a very prosperous democratic future, and hinted that the nation had been able to achieve enviable democratic feat just within 15 years of democratic governance.

Despite applauding Nigerians democracy saying it will grow with time, the US envoy added that the US was following the nation’s democracy with a view to ensuring credibly transparent election in Nigeria.

Talking on insecurity in Nigeria and its potential of tainting the nation’s international reputation, the ambassador remarked that terrorism was a global phenomenon which needs conserted joint efforts to bring to an end.

He however warned that violence and hatred cannot be justified by any religion, and that every religion preaches peace and respect for the sanctity of human life.

Bearing this in mind, the American Ambassador warned that people should not use religion to divide the great people of Nigeria, hence this will not be a good development for any country, Nigeria inclusive.

Speaking on his part, the Sultan of Sokoto and president general, Nigeria Supreme Council for Islamic Affairs (NSCIA) Muhammad Sa’ad III, decried the extent to which fundamentalism and extremist activities are negatively creeping into the nation’s fabric.

The Sultan who assured that Nigerian traditional institution has been and will continue to put in concerted effort towards ensuring a peaceful and sustainable development also said until education is made a priority, the nation will continue to lag behind in many good things.

To this end, the Sultan advised that citizen of the country must be advised to embrace education at all level as the only apparatus capable of liberating people from the grip of ignorance which according to him was responsible for most of the extremism.

Sultan therefore noted that as leaders, they will continue to do everything humanly possible to ensure peaceful co-existence.