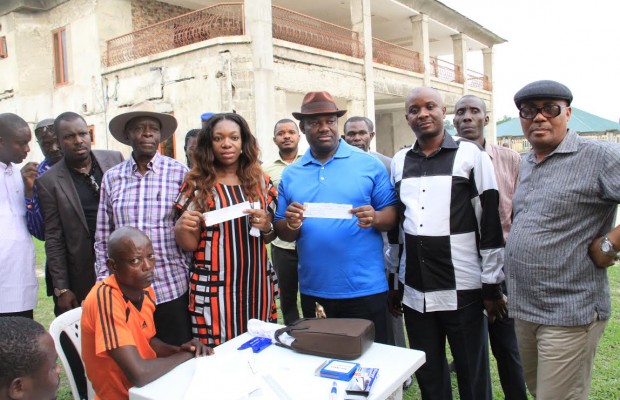 After weeks of speculation that he had ditched his boss by opting to remain in the Peoples Democratic Party, PDP, Rivers State Deputy Governor, Mr. Tele Ikuru, has registered as a member of the All Progressives Congress, APC, at ward 5, Ikuru town, Andoni Local Government Area, of the state.

Ikuru, who performed the exercise with his wife, said the party was set to clinch power in the state.

While reaffirming his loyalty to Governor Rotimi Amaechi, Ikuru urged people of his area and the entire state to vote for the party in coming elections.

His words:  “I am fully registered, in case you are still in doubt. For those who are still in doubt as to where I stand, I have always said it that I will stand with my boss, Governor Rotimi Amaechi, wherever he goes. I have now registered for the APC.

“It’s a matter of free choice. Some people will choose to be in APC, some may choose to be in some other party and every Nigerian above the age of 18 should be able to have a free choice of which party to join, and who to vote for. No person has the right to stop anyone”.