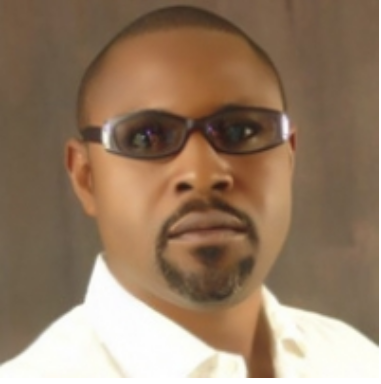 Handsome actor and producer, Saheed Balogun, has one dark secret that he’s been hiding from his teeming fans.

The Oro, Kwara State born role interpreter deflowered, impregnated and abandoned the mother of his first child and with all the bitterness she could muster, the lady, Sherifat Yusuf, placed a curse on him. A source who is very close to the distraught and devastated lady said that “until Saheed goes to her to plead for forgiveness, he will continue to have issues with his marriages. The hell he went through in Fathia Balogun’s hands is only the beginning. He will go through worse things in the hands of any other woman he decides to replace Fathia with. The only way out is for him to go and beg Sherifat and his daughter and first child, Zainat, whom he abandoned almost 15 years ago.”

Expantiating on Saheed’s love quagmire, the source said, “The sad story dates back over a decade. As a matter of fact, the fruit of the union (Zainat) should be about 13 years or so now. Sherifat was only 22 when they met. She was so innocent and naive. Saheed was older and living with his uncle at the time in Ebute Metta, Lagos. He was Sheri’s first love and also the person that deflowered her. Sheri became pregnant along the line and later had a baby girl. Because Saheed was barely managing to survive then, during the child’s naming ceremony, he contributed nothing. Sheri’s parents (Alhaji and Alhaja Yusuf) who also loved and treated him like a son bore the entire expenses. The same Alhaji and Sheri’s uncle, Bode Yusuf, sponsored Saheed’s first movie. Then, from nowhere, Fathia breezed in from London and scattered everything.

Besides Alhaji and Alhaja Yusuf who were shocked by Saheed’s neglect of their daughter and his child, the actor’s mother, Mrs. Sariyu Balogun and sister, Idiat, were also said to be sympathetic to Sheri’s cause until they too changed. But like the source stated again: “Saheed is owing Sheri, and whether or not he likes it, he must beg her for forgiveness otherwise what he’s going through in the hands of women will continue”.

Sheri, meanwhile, has finally moved on with her life. She’s in love with another man now.

Attempts to speak with him were futile and text message to him on Friday, February 14, 2014 was not attended.

Do you believe there is any truth to this story?