Sanusi May Be Prosecuted —Presidency

Iinvestigation revealed that relevant government agencies, especially the anti-graft agencies, would be asked to study the report of the Financial Reporting Council of Nigeria which indicted the embattled governor with a view to prosecuting him. 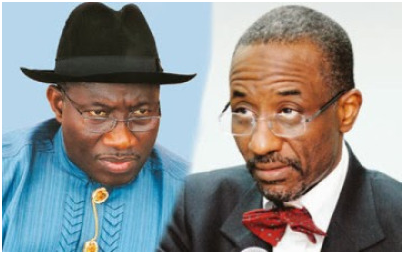 “When government’s spokesmen said on Thursday that investigation into the matter was still ongoing, what do you think they were talking about? It is clear that there are agencies of government saddled with the responsibility of investigating cases like this. They will definitely carry out their statutory responsibilities,” a competent government source told SUNDAY PUNCH.

Special Adviser to the President on Media and Publicity, Dr. Reuben Abati, told our correspondent that the FRCN in its report to President Goodluck Jonathan indeed recommended prosecution.

He however said he could not confirm whether the President had given any directive to anti-graft agencies.

The presidential spokesman said what was clear was that Sanusi had a lot of questions to answer on the matter.

Abati said, “I don’t have any information on whether the President has sent the report that indicted Sanusi to anti-graft agencies but if you see the FRCN report, it recommends prosecution as its last recommendation.

“I cannot tell you whether the President has taken steps on the strength of that recommendation or not because as we have said, investigation is still ongoing.

“I am sure Sanusi himself knows that he has a lot of questions to answer but I cannot tell you categorically that a particular step has been taken.”

The presidential spokesman added that the CBN 2013 financial statement could also be faulty since it was based on the 2012 statement that had already been condemned by the report.

“One thing most people are overlooking is that if the financial statement of 2012 was strongly condemned by the FRCN, the question you should ask is that on what basis did the CBN conduct its financial processes for 2013?

“If you say a particular financial statement is wrong, for you to start another year, you have to bring forward the balance of the previous year.

“So, what figure did CBN bring forward to 2013? There are still a lot of issues requiring further investigation before a water-tight case can be established,” he explained.

Paragraph 5.4 of the FRCN’s report dated June 7, 2013 signed by the council’s Executive Secretary, Jim Obazee, and addressed to the President read, “Your Excellency is invited to note that the explanation provided by the leadership of the CBN is unsatisfactory. Accordingly, Your Excellency may wish to decide that those found culpable should be prosecuted accordingly.”