The Federal High Court, Abuja, declined an ex-parte application filed by the suspended Governor of the Central Bank of Nigeria (CBN), Lamido Sanusi. The decision by Justice Gabriel Kolawole was announced on February 26, 2014, Wednesday. 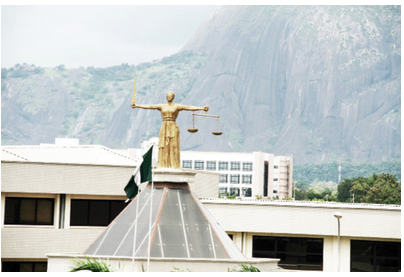 Shortly after the applicant’s lawyer, Sam Kagbo, informed the court about the application, Justice Kolawole said he felt hesitant and constrained to grant the reliefs sought. He ordered that the respondents be put on notice.

However, the judge noted that the court possesses the powers to declare the suspension unlawful and order Lamido’s return to office, if at the end of trial, it finds that the suspension was wrong.

Justice Kolawole noted that even where the tenure had lapsed, the court could order the defendants to pay the plaintiff such remunerations and allowances, if his remuneration and allowances were also suspended while his suspension lasted.

The judge held that it was unsafe, at the current preliminary stage of the case, for the court to embark on granting far-reaching interim orders which have all the attributes of a mandatory injunction without hearing from the defendants.

It would be recalled that in a suit filed on February 24, 2014, Monday, Sanusi wanted the court to restrain the President and two others from giving effect to his purported suspension pending the determination of his suit, among others. Also to be restrained are the Attorney General of the Federation and the Inspector General of Police.