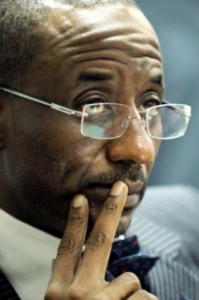 “We viewed Mr. President action as a deliberate witch-hunt of the governor for doing his job by letting Nigerians to know the alleged fraud going at the petroleum industry and to divert people attention from this monumental fraud,” the Emirate council said in a statement, Friday, signed by Walin Kano, Alhaji Mahe Bashir.

“As the President suspended the governor without a recall to the rule of law, We believed it was deliberate attempt to witch-hunt him, desperation and impunity at highest order by the Federal Government,” the statement added.

The Emirate therefore called on the Federal Government to review the suspension of the CBN Governor, Sanusi Lamido Sanusi in the interest of equity, justice and fairness.

“It is our view that the Federal Government should as a matter of urgency review this issue by following the laid down procedure in the suspension of public officer, for equity, justice and fairness.

The statement noted; “democracy will never mature if we stay with proclivity to personalise governance. We need to build an institution, we need to build our democracy and commitment to public accountability is part of building institution”.

The Emirate council members also thanked members of the National Assembly and general public for not supporting the action.

“At this point we will like to thank members of the National Assembly and the general public for condemning and objecting to the suspension”.