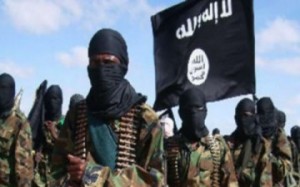 A Syrian rebel commander, who fought alongside al-Qaeda founder Osama bin Laden and was close to its current chief Ayman al-Zawahiri, was killed by a suicide attack in Aleppo, intensifying in-fighting between rival armed groups.

The killing of Abu Khaled al-Suri on Sunday in a suicide bombing in the al-Halq area of Aleppo was confirmed by the Syrian Observatory for Human Rights.

Observatory chief Rami Abdel Rahman said he died along with six others when a fighter from the rival Islamic State of Iraq and the Levant (ISIL) group blew himself up at an Ahrar al-Sham post in al-Halq.

Al-Suri’s death occurred against the backdrop of bloody rebel infighting between an al-Qaeda-breakaway ISIL and an array of armed opposition groups.

There was no immediate claim of responsibility for Sunday’s assassination, but rebels quickly accused ISIL.

Speaking via Skype, Akram al-Halabi, spokesman for the Islamic Front, an alliance of seven rebel groups, told the Associated Press news agency that al-Suri had been critical of ISIL and its approach toward other rebel factions.

He said rebels believe that ISIL, which al-Qaeda publicly disowned earlier this month, was behind Sunday’s bombing.

“The first fingers of blame point to the State,” al-Halabi said. “Unfortunately this is going to make the infighting worse.”

Al-Suri had been critical of the group, blaming it for the internal conflict among rebels that has killed thousands of people across northern Syria since fighting began there in early January.

Since the rebel infighting began, government forces have chipped away at opposition-held areas, including around Aleppo.