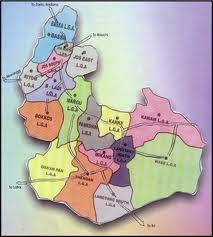 Religious divisions resulted yesterday as tension heightened after the killing of a woman and injuring of another around Gyel in Bukuru, headquarters of Jos South Local Government Area of Plateau State.

The woman was reportedly shot, Monday night, by yet to be identified gunmen who killed her instantly, while the other woman said to have been hit in the abdomen is receiving treatment at the Bingham University Teaching Hospital, Jos.

The killing angered youths who came out in the morning poised for a showdown, while youths from the other religious divide also mobilised to resist them.

However, the timely intervention of security men who moved in to disperse the youths and patrolled the city, forestalled what would have been another breakdown of law and order.

A community leader from one of the sides accused people from the other side of constantly attacking and killing their people, adding that Monday’s killing brought it to a head as the youths of the community said they would take it no more.

Media and Information Officer of the Special Task Force maintaining security in the state, Captain Salisu Mustapha, who confirmed the incident, said more troops were deployed to the area to maintain peace. [Vanguard]