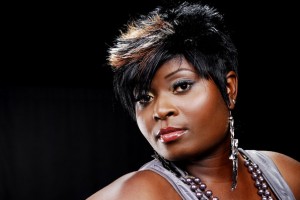 Nigerian Singer, Essence has been off the social scene and many have insinuated that she’s broke, hence her sudden disappearance.

A report broke out of how Essence is broke and now uses okada as a mode of transportation.

But the delta born singer denied the rumors saying she’s not broke and that she’s dating a Nigerian based man which is why she shuttles the country.

See what she said below:

I have bought two cars since the incident. I have two RAV 4, a silver and another black.  I feel very insulted when somebody opens a blog and writes rubbish about people.  I saw the story myself, the writer has no address just the uninformed piece of trash the person wrote on the blog. Internet is free, anybody can just wake up and open a blog and write rubbish.

Even if my partner sponsors me, it can’t be all the time because I also do shows abroad.

Very unintelligent report, the writer should go to motor licensing office and cross check my name among car owners in Nigeria.  If I trek while in the UK it means it’s cheaper to move around without your car unlike in Nigeria.

OKORO Uwale (a.k.a Essence) started singing at a very tender age, but went professional at 18. The Theatre Arts graduate of Delta State University, Abraka who launched into the music market in 2004 has backed up artistes like Kingsley Ike, Paul Play Dairo, Kenny St Brown and others.