Father of the slain banker, Mr. George Oyakhire, has said he would not rejoice over the death penalty handed to his son-in-law. 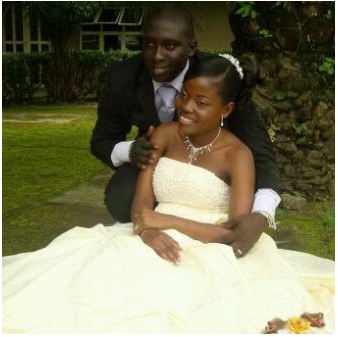 Oyakhire, a retired Nigerian Customs Service officer revealed he loved Akolade like a son and he was sad that things turned out the way they did.

He said, “The Bible says that you should not rejoice at the downfall of your enemy. I feel bad about all this because this was a boy I assisted in every way I could.

“He even said when giving evidence in court that we were close and this is very true. I assisted him when he needed me and even though he was jobless, my daughter (Titilayo) also helped him.

Akolade’s marriage to his late wife, whom he met during post-graduate studies at the Lagos State University, produced a five-year-old daughter, Olamide.

Oyakhire said Olamide was too young to be told the truth about her parents but added that she was doing fine.

“When she comes of age and begins to ask questions and is reasonable enough, we will tell her everything that happened,” he said.