Lin Senhao, a postgraduate student at Fudan University Shanghai has been sentenced to death for poisoning his roommate last year.

Lin had poisoned his roommate, Huang Yang’s drinking water with N-Nitrosodimethylamine, a deadly chemical compound he took from the university lab.

N-Nitrosodimethylamine is primarily used for research. Exposure in humans may cause liver damage and affect the blood, according to the US Environmental Protection Agency. 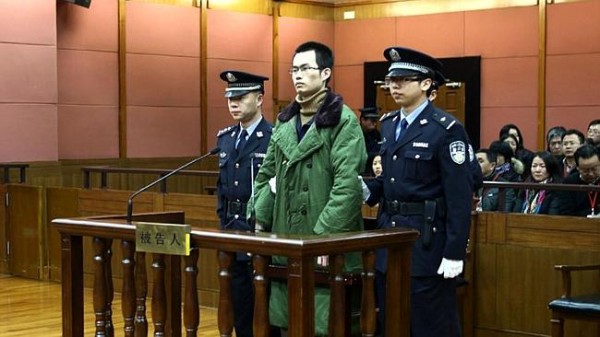 Huang was said to have died of organ failure on April 16.

Lin had denied contaminating the water until later when he was interrogated by the police.

He was sentenced by a Shanghai Number 2 Intermediate People’s Court.

However, Lin’s father said he would appeal the court’s decision as the penalty on his son was “too harsh.”