The members of the Taraba State House of Assembly has been told to begin impeachment process against Taraba State Governor Suntai Dambaba. 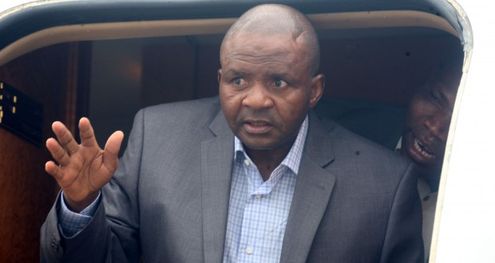 The Nigerian Human Rights Community, (NHRC) described the governors recent action as ‘embarrassing’ in a recent statement issued to reporters and the public the human rights coalition also called on the Presidency to institute a public inquiry to determine the state of the governor’s health, saying that this was necessary to save the governor from the peril imposed on him by “his self-serving aides and rookies.”

According to the group, the public inquiry should include the civil society, judiciary, the Nigerian Bar Association, (NBA), the Nigerian Union of Journalists, (NUJ) and even the police. “What we see in Taraba is exactly what Nigerians witnessed during the reign of the late President, Umaru Yar Adua,” the statement read.

“We wish Governor Suntai long life, and we feel strongly that the best way to further prolong his life, is for him to stay off the strenuous duties associated with the office of a state governor.” He should resign, the statement read, “or the House of Assembly should show him the exit door (it is) in his own (best) interest.”

The bold statement, issued on Thursday, was signed by the Assistant Executive Secretary of the group, Dr Olu Suleiman, and included the signature of the coalition’s Northern regional Coordinator, Naseer Abdulahi. Suleiman had said, aides of the state governor have put the people of the state “in a very difficult situation,” thereby undermining the political and economic development of the state.

Taraba, according to the human rights coalition, has been “a theatre of the absurd” since the state governor had returned from overseas medical trip, after a crash in his small private plane. The group, in strong language said, “a tiny cabal is ‘fronting’ for the governor, making decisions on his behalf and, essentially, “stage-managing the series of his ‘phony public appearances,’ including, but not limited to, “manipulated TV showmanship.”

There was no detail in the written statement offering the public examples of ‘showmanship,’ naming of specific dates of ‘staged’ appearances, yet, their statement was strong in calling for the governor to step down. The NHRC said Suntai’s aides are conducting a serious disservice to the integrity of the ailing state governor, by over-stressing him beyond his physical capabilities. “It is really a shame that a cabal is holding the people of Taraba state to ransom.

The Governor’s public appearances have been consistently stage-managed by hangers-on who benefit from his ill health. The best way to save Nigeria from this embarrassment (in governance,) is to impeach the governor and allow him to go, and commit full attention to his health.”

The NHRC stated further that “governance, public administration, and the state of affairs in Taraba state have become “an embarrassment,” to both the local government, and international community. The Taraba state governor has been ill and (lacks control of his mental faculties,) that the whole world knows. “A cabal insists that all is well,” the statement read. “It appears that the Governor cannot do anything on his own at the moment. We call on the Taraba state House of Assembly to commence the impeachment process against the governor.”