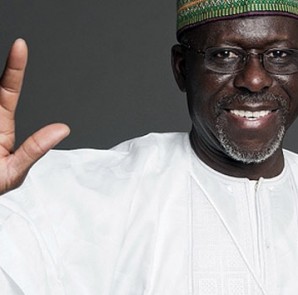 The Nigeria Governors’ Forum, NGF, has congratulated Kogi State Governor, Capt. Idris Wada over the Supreme Court judgment on Friday, which validated his election as governor of the confluence state.

The Supreme Court had in a unanimous judgment, Friday, dismissed the petition filed by a chieftain of the Peoples Democratic Party, PDP, Jibrin Isah Echocho, challenging the emergence of Mr. Wada as governor.

The Supreme Court held that the Court of Appeal was right to have upheld the High Court’s judgment, which earlier declined jurisdiction to consider the case and threw out Echocho’s appeal.

In a lead judgment prepared by Justice Bode Rhodes-Vivour and read by Justice Clara Ogunbiyi, the apex court held that the case was a post-election matter.

In a congratulatory message signed by its Director General, Ashishana Okauru on Saturday, the NGF urged Mr. Wada to be humble in victory and warm up to the challenges of repositioning Kogi State and raising the standard of living of the people.

“We also implore those who contested Your Excellency’s victory at the polls to be gracious in defeat and join hands with the governor in moving the state forward. This is the minimum we owe our fledgling democracy”, it said

The Forum also said it aligned itself completely with the majority of the people of Kogi State for electing Mr. Wada as their governor.