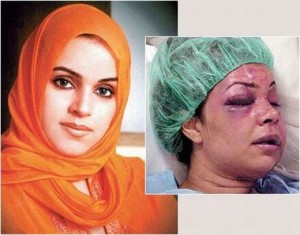 A young girl in Rakka, Syria was stoned to death for committing a crime under Sharia law. What kind of terrible thing did this girl do to receive such a cruel sentence? Fatoum Al-Jassem reportedly did something that most teenagers have already done. She opened a Facebook account.

Al-Jassem appeared before a Sharia court after she was caught using the popular social media website.

The court decided that the girl’s use of the site deserved the same punishment that one would get if they committed adultery, so she was sentenced to death by stoning.

Reports claim that the Islamic State of Iraq and Syria, or ISIS, an Al-Quaeda group present in Iraq and Syria, is behind this cruel punishment. During the court proceedings, ISIS said that the girl demonstrated immoral behavior and deserved to die because of it.

Unfortunately, extreme punishments for things like this are not uncommon among extremist societies.