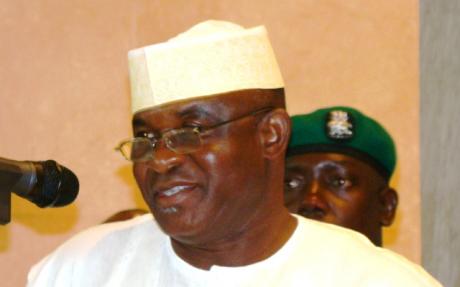 The Senate President, David Mark, on Sunday commended the traditional rulers for the sustaining peace and unity in the country.

This is contained in a statement signed by his Special Adviser on Media, Kola Ologbondiyan, in Abuja.

It stated that Mark gave the commendation when he visited the Emir of Dutse, Alhaji Nuhu Sanusi, in his palace at Dutse.

He said the network of traditional rulers across the country had helped the government to maintain peace and order.

According to him, the role of traditional rulers is very important in every civil government.

“Wherever you find peace in our nation today is a manifestation of how well the traditional rulers in those areas have worked closely with the incumbent government to keep peace and harmony.

“The networking of traditional rulers across the country has helped to engender peace.  We must commend their roles.

“That is why I have always maintained that traditional rulers deserve constitutional roles in our polity.

“I will continue to canvass for their roles to be built in our constitution because their cooperation with the government at the various tiers has helped in keeping the nation together”, he said.

Earlier, Sanusi thanked the senate president for championing the vote against same-sex marriage.

The emir said that the freedom guaranteed by democratic rule must not be allowed to accommodate indecent activities.

“We thank you for your stance against the same-sex marriage. Your singular efforts in ensuring that the law against same-sex marriage was passed in spite of the external pressures that came to bear on you are commendable.

“Democracy must not encourage indecent activities. We are happy with you and we sincerely commended you”, Sanusi said. (NAN)