A shocking video of a toddler smoking cigarette which emerged as caused public outrage. 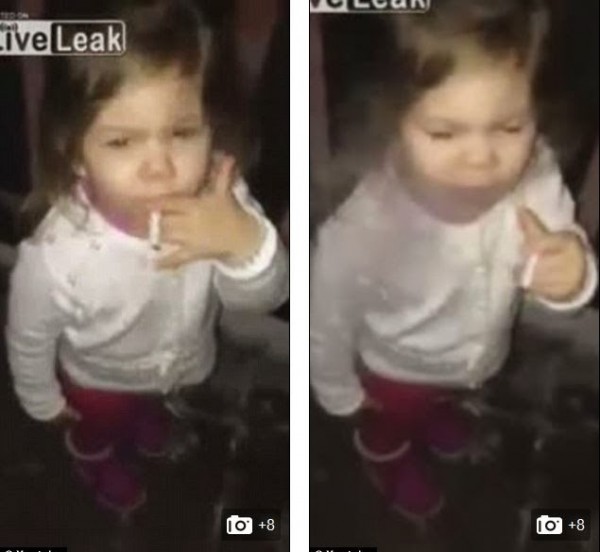 In the video the young girl whose age is not certain should be around two or three years old, puts the cigarette into her mouth and inhales several times before breathing out dark smoke.

The video which was uploaded to Youtube is believed to be taken in Finland and many have expressed their concerns about this shocking video blaming the child’s parent.

One can only wonder where are parents actually were when she was smoking the cigarette.