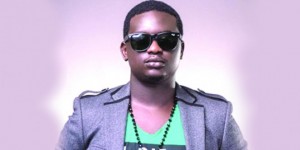 How were you introduced to Glo?

I have been doing shows for Glo for close to four years.  So, I have been in a relationship with them before I was signed.

The deal must be so juicy for you to come on board?

I thank God for where I’m coming from.  At the end of the day, it is all about growth.

How much were you paid?

I won’t disclose that, please.  But it is huge.  It is a two-year contract.

What would you say you have enjoyed so far working with Glo?

Working with one of the biggest brands in Africa is really a privilege.  There are a whole lot of advantages.  If you go out there, you would see my billboards.  At the end of the day, I will feature in some of their commercials on global TV like CNN, among other privileges.  That’s good enough.  It will make me work harder.  It is a testimony and a dream come true.

But you are not going to be doing collaborations with artistes endorsed by Glo competitors?

That is not true.  You can collabo with different artistes irrespective of the brands they represent.  As far as you are not out of the Glo umbrella.

Does meeting D’Banj, your former label boss at Mo’Hit at Glo invoke any nostalgia?

It is a family.  We are brothers.  I’m happy to meet him here.  D’Banj is a big brother to me.

What is Wande Coal bringing into Glo?

I’m bringing in a lot through my music.  I’m going to be talking about the brand in my songs, even in my forthcoming album.

How has it been since you left Mavin Records?

I have learnt to do things on my own.  It is now a different ball game.  I can now diversify.

In your sober moments, do you regret leaving Don Jazzy?

If you want me to be real, Don Jazzy is like a father to me.  But like you married and left your mom and dad, life must go on. I’m happy that my brand name, Black Diamond is now a reality.  I’m rather grateful to God for the opportunity to actualize my dream.

But are you missing anything at all, like missing some of your folks there?

I’m not missing anything.  What do you want me to miss?  I still love them.  That is me.  I don’t discriminate. I just love them all.

What is your relationship with Don Jazzy at the moment?

We are cool.  We are just cool.

Why?  I can’t fight Don Jazzy now.  It is not possible.

How far have you gone with your long delayed sophomore album?

My album is almost ready.  The reason for the delay was because one artiste had to wait for another before he is released.  D’Banj did his album; Wande Coal followed and Dr. Sid.  So, I had to wait for D’Banj’s album.  After D’Banj, it should have been me but the company, Mo’Hit packed up.  And now, it is Black Diamond.

It was not a bad idea that Black Diamond was conceived, but all the noise, drama and controversy was it necessary?

No.  But at the end of the day, it just happened.

Was it your fault?

How is it going to be my fault

I did everything based on love.  I didn’t sign any contract in Mavin.  And I was very obedient.  So, I don’t know why I should now be blamed.

Why would you be on a label without contract?

I signed a contract in Mo’Hit.  But sometimes, you have to look before you leap.  If you like what is on ground, you sign.  If not what you want, you move on.

Can you still do a collabo with Don Jazzy and D’Banj?

I can work with anybody I wish to work with now.  It is just business.

From Mushin to Black Diamond, what are you most grateful to God so far?

I thank God for everything.  I’m happy I’m still relevant in the industry.  At the end of the day, I would release this album on Black Diamond label.  Don’t forget I inspired a lot of young artistes like Wizkid, Davido.  I hope I can still do more as I plan to sign new artistes very soon.

Can you still perform all the songs you recorded with Don Jazzy?

Yes, all through the festive period, I performed all my songs.

We are still asking why you left Mavin?

At the end of the day, I just wanted growth.  That’s all, no beef.

But some alleged you were sort of taking sides with D’Banj?

That is not true.  Let me tell you the truth, D’Banj was even the one I hurt most when I decided to remain with Don Jazzy. We were very close but I went to Jazzy.  How then could it be because of D’Banj?  Did you hear that Wande Coal signed with DKM?  I’m just doing my thing.  So, I didn’t take sides.  I love everybody.

Would the wedding bell toll for you anytime soon?

So, would you say you have been happy in your relationship?

Would we be surprised if your love child emerges tomorrow?

I already have a five year-old son. I have been keeping it for a while.  I had him since 2008 before I released my album.

What is his name?

And what is your relationship with your baby mama?