Home National News Odd News WEIRD: 2 Lovers In Ghana Get Stuck To Each Other While Doing...
Facebook
Twitter
WhatsApp

A man and woman were said to have gotten stuck together while they were having sex at a guest house on Wednesday in Ghana. 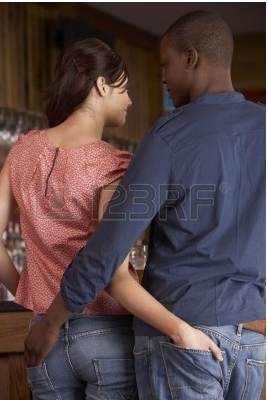 The incident happened at at a guest house near the Nana Bosoma Market in Sunyani in the Brong Ahafo region.

According to one of the attendant’s in the guest house, the lovers a room for 30 minutes but they failed to come out after their time elapsed. When he went to knock on the door, he heard an unusual sound coming from the room so he went to solicit help from some traders in the market. When the door was forced open, they found the two love birds on the floor gritting in pain.

The man’s penis was stuck in the woman’s vagina.

The police arrived the scene at about 2.30pm and whisked the inseparable lovers away.

Some of the market women said the woman was a trader from Berekum who sells soap every market day. Some of them suspected that a curse might have been placed either on the man or the woman and said rituals had to be performed before they could be separated.

Market activities were halted as most of the traders flooded the scene to catch a glimpse of what was going on.

Some of the market women said the woman was a trader from Berekum who sells soap every market day.

It was also rumoured that they got stuck because a curse had been placed on either one of them and only a special ritual could separate them.