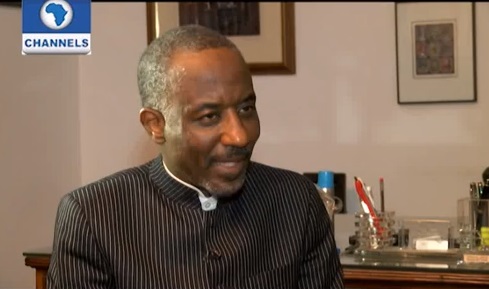 The National Publicity Secretary of Afenifere Renewal Group, ARG, Yinka Odumakin, said on Tuesday that he did not consider the suspended Governor of the Central Bank of Nigeria, Lamido Sanusi, as a hero.

Odumakin, who made this position known in Lagos during a chat with reporters, said President Goodluck Jonathan was right in asking the CBN Governor to step aside pending the outcome of investigations into Sanusi’s alleged infractions as head of the apex bank.

Sanusi was suspended by President Jonathan last week Thursday for alleged financial recklessness and misconduct but the embattled CBN helmsman insisted the action was punishment for his revelation on the alleged $20 billlion missing oil fund.

But the ARG’s spokesperson said that Sanusi could not be in office while under investigation for the allegations that were leveled against him.

He said,  “Given the infractions that Mallam Sanusi was accused to have committed as CBN governor, if they are true and given the explanation that the President gave yesterday (Monday) that the CBN board is the body charged to investigate these allegations, Sanusi cannot preside over his cause.

“So it is right to ask him to step aside as in the suspension, not removed until those charges are cleared. Like the President said, if he is found not guilty, he will go back to his position”.

Odumakin recalled the role the suspended CBN governor played during the subsidy saga and wondered why Sanusi did not speak out concerning the missing funds as early as 2011.

He noted that if the suspended CBN Governor had not been queried by the Federal Government, he would not have made public the fact that monies were unremitted to the Federation Account.

“Sanusi was given query in April 2013, Sanusi blew the whistle in September 2013. Which one comes first? Attack as the best form of defence is what Sanusi is doing. So Sanusi is not my hero. Why did he not blow the whistle earlier?” he asked.

He added, “Are you saying there was no unremitted fund in 2011, in 2012? When they were going to remove subsidy, they were all together with Minister of Finance, Ngozi Okonjo-Iweala; and the rest of them. So if they had not given him query, perhaps we will not hear anything.