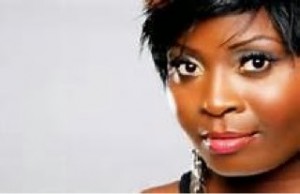 This write up culled from Nigeriafilms is far from the truth about Nigeria’s Diva, Essence. That she is now trekking about Lagos is not correct. Essence was in Europe weeks back and frequents London and Dublin like Ibadan. She is versatile, dynamic and remains trendy. I am aware of her successful frequent trips to Europe of late. Definitely a poor singer cannot afford Abuja fare not to talk of KLM!!
Read the negative gist from Nigeriafilms:
Okoro Uwale who is known as Essence , who was one of the signee of Kennis Music may be leaving music for good according to sources since she had a nasty experience with her label, it is reported that the singer has started an ushering business called Hello Events and is seen trekking around the city of Lagos because she has not been able to buy another car since her Altima Nissan car was taken from her at gun point in 2011

It has not been a great career in music for her which may be the reason she is rumoured to be leaving her career in music, according to sources “ She has also been sighted at different locations on the Island walking the street trying to jump a bike.”