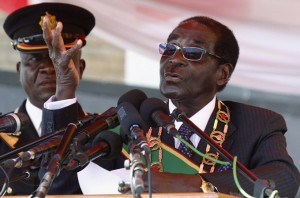 After 34 years in power, Africa’s oldest president says he has no intention to retire.

A recent report by New World Wealth puts Zimbabwe last on the fastest growing economies list with a -10%. The negative statistics regardless, the country plans a huge party on Sunday for the nonagenarian, said to cost $1m. Condemnation has risen from different quarters over this, as the country still struggles with its economic crisis.

A freedom fighter for many, Mugabe has drawn criticism and condemnation in the West. His country has been under international sanctions for what Europe and the United States say are human rights violations and lack of reforms.