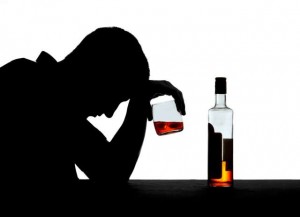 The pillars of good health: diet, exercise, and strawberry daiquiris. OK, maybe not. But it’s not as far off as you’d think.
“One of the most consistent findings in recent nutrition research is that moderate alcohol consumption can improve health and lead to a longer life,” says Eric Rimm, Sc.D., associate professor of epidemiology and nutrition at the Harvard School of Public Health.
But before you down an entire bottle of celebratory bubbly, bear in mind that moderation is the key to booze’s benefits. That means one drink a day on average for women and two drinks a day for men (beyond that, you up your risk of a whole host of diseases). Stay within that saucy sweet spot, and the side effects of alcohol benefit your body in some surprising ways. Here are five good reasons to raise a glass.

Protect Your Ticker(Heart)
Red wine has long been considered the elixir of heart health. But you don’t have to crack a bottle of Merlot to drink to your heart’s content, Rimm says. Moderate intake of any boozy beverages can cut your risk of heart disease by up to 40 percent, according to a review of more than 100 prospective studies from the Harvard School of Public Health.
HOW IT WORKS: Much of alcohol’s benefit to heart health has to do with its ability to raise good (HDL) cholesterol, lower bad (LDL) cholesterol, and reduce blood problems that can lead to clogged arteries (and the heart attacks they cause).
DRINK THIS: Pinot Noir. It contains more disease-fighting antioxidants than any other alcoholic beverage. Just be sure to put a cork in it after one glass if you’re a woman, two if you’re a man.

Beat Belly Bulge
Forget the ill-fated beer belly—when regularly consumed in moderation, alcohol can actually help fight fat. A 2010 study published in The Archives of Internal Medicine found that women who had one or two drinks a day were less likely to gain weight than those who shunned the sauce.
HOW IT WORKS: Researchers believe that the bodies of long-term moderate drinkers somehow adapt to metabolize alcohol differently than those who concentrate their cocktails into the occasional big night out. Plus, women who drink moderate amounts of alcohol tend to eat less food, particularly carbohydrates, according to Lu Wang, lead researcher on the study and an instructor at Brigham and Women’s Hospital.
DRINK THIS: A bottle of light beer. The women in the Archives study were served no more than two 4-ounce glasses of wine or two 1.5-ounce shots of liquor a day, which is a lot less than you’ll get from most bartenders or waitresses. Sipping from a bottle makes it easy to keep portions under control. Sam Adams Light, Michelob Ultra, and Guinness Draught all keep calories in check without sacrificing flavor.

Reduce Risk of Diabetes
A drink a day keeps diabetes away? Surprisingly, it can help. A 2005 report published in Diabetes Care found that moderate amounts of alcohol—up to a drink a day for women, up to two drinks a day for men—reduces risk of type 2 diabetes by up to 30 percent.
HOW IT WORKS: Alcohol increases levels of a hormone that improves insulin sensitivity. In other words, it makes it easier for your body to process glucose and use it as energy. This helps reduce the amount of sugar in the bloodstream and ultimately reduces risk for developing diabetes.
DRINK THIS: Bloody Mary. You’ll be completely satisfied by just one serving and the antioxidant lycopene in tomato juice offers a heart-healthy bonus.

Boost Brainpower
Your brain’s probably familiar with the downsides of drinking (Karaoke was such a great idea… until a video of your performance showed up on Facebook), but if you sip smart, a little tipple can help prevent cognitive decline. Researchers from Loyola University found that moderate drinkers were 23 percent less likely to develop cognitive impairment, Alzheimer’s disease, and other forms of dementia compared to non-drinkers.
HOW IT WORKS: Researchers hypothesize that since moderate drinking raises good cholesterol, it can improve blood flow to the brain. Alcohol could also “toughen” brain cells by stressing them a little, preparing them to cope with major stresses later in life that could cause dementia.
DRINK THIS: Wine. It was found to be more beneficial than beer or hard liquor for boosting brainpower, according to the Loyola researchers.

Say Goodbye to Gallstones
Gallstones—hard, pebble-like deposits that form inside the gallbladder and are generally made up of hardened cholesterol—might cause pain or cramping in the pit of your stomach. Avoid that unfortunate feeling by adding a little alcohol to your daily diet. Research shows that regular moderate alcohol consumption (5-7 days per week) reduces risk of gallstones. In contrast, infrequent alcohol intake (1-2 days per week) showed no significant association with risk.
HOW IT WORKS: Remember how alcohol increases good cholesterol in your bloodstream? Well, it affects cholesterol in the gallbladder too. Plus, being overweight is one of the main risk factors for developing gallstones, so moderate drinking can reduce your risk by helping you maintain a healthy weight.
DRINK THIS: Eppa Sangria. It’s the first certified organic sangria and delivers twice as many antioxidants as a glass of red wine. Plus, one glass only sets you back 120 calories