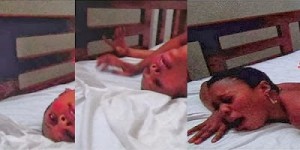 The Commissioner of Police, Kwara State Command, Mr. Ambrose Aisabo, said on Friday that the command has  arrested three out of the six students of the state College of Health  and Technology in Offa town who allegedly r*ped their female colleague  in the institution.

The CP during a media briefing in Ilorin said the victim was allegedly drugged by the suspects (names withheld)  before they allegedly r*ped her.

According to the police boss, the suspects allegedly r*ped the female student  ‘mercilessly until she became unconscious.’ He stated that the female  student was being treated at the University of Ilorin Teaching Hospital. He added that the remaining three suspects would be apprehended and the six suspects prosecuted. Aisabo also said the command had arrested  three suspects (names withheld) for cultism.