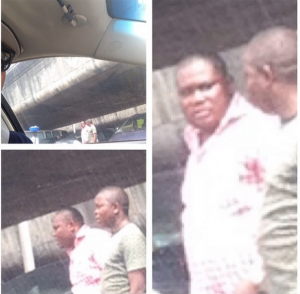 “On Saturday 8th of March 2014 I was robbed in traffic by this man who claimed to be a police man he took 50k from me .. I was able to take a pic while driving off as I had a lot doing and I Cldnt allow the foolish hungry bastard waste ma time . If u ever around ojuelegba surulere and u see this man be very careful . Ild report this to d police by tomrw but truth is… Not every police man deserves to be called an officer.”