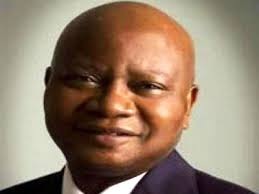 The rank of All Progressives Congress, APC, in Adamawa State, was depleted on Monday when a former gubernatorial candidate of the defunct Action Congress of Nigeria (ACN) in the state, Mr Markus Gundiri, formally defected to the Peoples Democratic Party (PDP).

Gundiri, who announced his defection yesterday in Yola, the state capital, said his decision to dump APC was informed by the undemocratic posture of the leadership of the party in the state.

Since Governor Murtala Nyako’s defection from PDP to the opposition party, there has been uneasy calm in the state chapter of the APC with some leaders of the legacy parties that came together to form APC, including Gundiri, kicking against the directive by the national leadership that the five defected PDP governors should automatically become party leaders in their respective states.

The former gubernatorial candidate added that his decision to dump the party was also sequel to consultations with his supporters, who endorsed the move as they realised that they may not be treated with justice and fair play in APC.

He said, “The state interim management committee was constituted without due recognition and respect for the interest of the senior partners in the coalition (ACN).

“The leadership of the party was conceded to the chief executive of the state against the will of members of the legacy parties at the state level but was dictated by the national executive committee of the APC which was dictatorial and undemocratic”.

He also alleged that trained registration supervisors were not allowed to handle the recently concluded nationwide membership registration of the party in some local government areas of the state as demanded by law, adding that the exercise was cancelled in some areas.

Gundiri, therefore, enjoined his supporters and the electorate in the state to support the PDP to move the state forward in 2015.

He also said that arrangements were on to receive him and his supporters into the PDP.

Senator Ifeanyi Ubah (YPP-Anambra South) has reacted to his sack by a Federal High Court sitting in Abuja on Friday for certificate forgery. Recall that...
Read more
- Advertisement -