Former Chelsea and Tottenham Hotspur coach, Andre Villas-Boas, AVB, will take over Russian side Zenit St Petersburg this week after agreeing on a two-season contract, the club said on Tuesday. 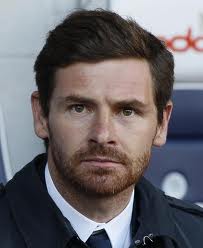 Villas-Boas takes over after Zenit sacked coach Luciano Spalletti earlier this month and appointed caretaker Sergey Semak, who will be in charge on Wednesday in their Champions League return leg at Borussia Dortmund for a spot in the quarterfinals.

“Mr Villas-Boas’ contract begins in March, 2014, and is valid for two seasons.”

The 36-year-old Portuguese was sacked by Tottenham in December last year.

The Russian club, who managed just one win in the competition this season, including the group stage, lost the first leg 4-2 at home.