The Lagos state office of the Central Bank of Nigeria is on fire. 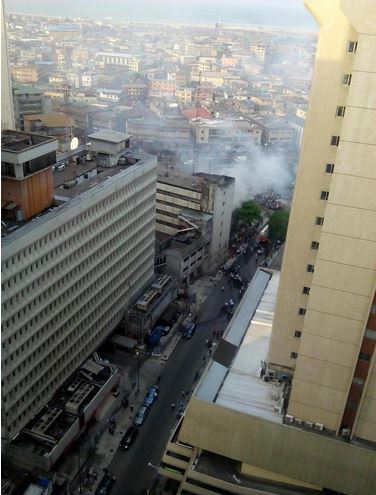 The fire started at about 5:40 PM at the top most part of the building.

Men of the Lagos Fire Service and other emergency agency officials are said to have arrived the scene.

The fire incident comes amid several multi billion dollar allegations of fraud rocking the Goodluck Jonathan administration.
Investigations into some of these allegations have already been initiated by several government bodies and agencies including the National Assembly and the Economic and Financial Crimes Commission.
Analysts say they would not be surprised if the fire was meant to get rid of certain key documents that could serve as evidence in these investigations.