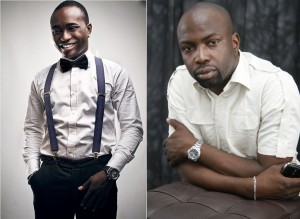 A frustrated Brymo stormed out of a Lagos court on Wednesday, March 19, 2014 after a delayed response to a petition by his counsel led to the adjournment of the case.

The court sitting at the Federal High Court, Ikoyi, Lagos was ended abruptly after Chocolate City‘s Counsel T.O Lawal stopped Brymo from giving his own side of the story after he was called to the witness stand.

Chocolate City’s lawyer in legal terms argued that the case should be put on hold because Brymo’s counsel had delayed in responding to a 2013 petition.

At the court sitting which lasted from 1:50 p.m to 2: 40 p.m, it was learnt that Brymo’s Counsel Nike Olagbende was 10 ten days late in replying to a 2013 petition forcing the judge to adjourn the case to a later date.

Olagbende promised to send in her reply the next day so the hearing could resume as soon as possible, but Chocolate City’s Counsel T.O Lawal remained adamant that he would take the required 14 days to acknowledge the reply and will not be forced or rush into acknowledging it.

Bringing an end to the court hearing, Justice Buba I.N instructed Nike Olagbende to file in her reply the next day.

Brymo who had already taken the oath at the witness box, was asked to come down. The obviously frustrated singer was later seen being consoled by his girlfriend who has regularly accompanied him to court since his case started.

Speaking after the court hearing, Nike Olagbende advised Brymo to be patient and assured him of progress in the case. ‘He is obviously frustrated and I understand. But the most important thing is that Brymo has been set free to work by the court. He should go about his business, be patient and all these will be over soon,’ his lawyer reported.

Chocolate City General Manager Ibukun ‘Aibee’ Abidoye was also called up to the witness stand and was cross examined by Brymo’s counsel. During cross examination, Ibukun revealed that apart from the cost of recording of Brymo’s album Son of a Carpenter , the ‘Good Morning’, ‘Ara’ and ‘Omoge Campus’ videos each cost the sum of N800,000. She also revealed that because of the way the singer quit Chocolate City, the label could not recoup any of these investments on the singer.

Brymo was however absent March 20 when court hearing resumed. His counsel has replied to the petition and awaits acknowledgment from the Chocolate City’s counsel.

Justice Buba I.N during a brief session adjourned the case to Tuesday, April 8, 2014 to enable both counsels to put their houses in order.