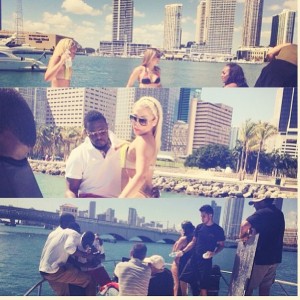 Dem Mama boss — Timaya is doing it big this time as he has linked up with veteran Dance-hall singer — Sean Paul for the remix of his smashing hit single Bum Bum, which the video and song dropped sometime in 2013.

Timaya hasn’t opened up on when he’ll drop the remix for Bum Bum, but we can at least look forward to it.

Hopefully, the remix will better than the original which was 10/10.

Check out behind the scenes photos below: –