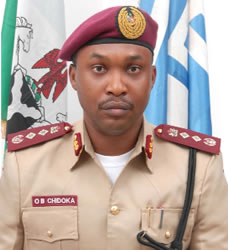 Youths in Plateau State under the aegis of Concerned Plateau Youths yesterday staged a peaceful protest against the recent relocation of the Federal Road Safety Corps (FRSC) Academy from Jos in Plateau State to Enugu State.

The youths in their hundreds had converged on Government House, Rayfield, where state House of Assembly members have been sitting in the last one year, to demand that the lawmakers take up the matter with the Federal Government.

Speaking on behalf of the group, Friday Bako, said they had issued the legislators two weeks ultimatum to ensure that the relocation was reversed or face massive protests by youths from the middle-belt region of Nigeria.

The FRSC Academy was established in Jos, Plateau State, in 2007 by the then Corps Marshal, Major General Haldu Hananiya, but the present Corps Marshal, Osita Chidoka, last month directed workers at the academy to relocate to Enugu, Southeast Nigeria, a move the youths say was politically-motivated.

The youths argued that the FRSC board Chairman, “Mr Felix Chukwu, who also hails from the south-east zone, seemed to have connived with the Corps Marshal to perpetrate this illegality”.

Addressing the youths, Speaker of the State House of Assembly, Titus Alams, pleaded with them to be patient and promised that the Assembly will take up the matter at the national level.

The Plateau State FRSC Education Officer, Saidu Badamasi, confirmed the relocation of the Academy from Jos to Enugu.