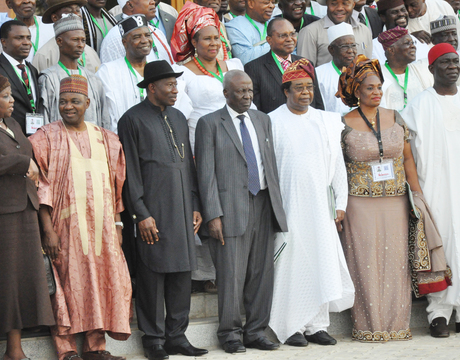 As the National Conference resumes plenary today, Monday, March 24, after the short adjournment on Tuesday, faith-based prayers will no longer be part of the conference’s proceedings.

This was contained in a statement issued on Sunday in Abuja by Mr. James Akpandem, the conference secretariat’s Assistant Secretary, Media and Communications.

Also, the second stanza of the National Anthem would be adopted as the opening and closing prayers for all sittings of the conferenc.

The statement explained that Tuesday’s adjournment was to allow delegates study the various working documents supplied to them after the inaugural sitting.

It said two more documents, the Draft Rules of Procedure for the Conference and the Constitution of the Federal Republic of Nigeria 1999, were supplied on Thursday, March 20.

“At the inaugural sitting presided over by the Conference Chairman, Justice Idris Kutigi, delegates agreed that the second stanza of the National Anthem should be adopted as the opening and closing prayers for all sittings.

“Faith-based prayers were ruled out.

“Delegates also agreed that except for very special cases of physical incapacity and serious health concerns, sitting arrangements in the chamber of the conference should be in alphabetical order.

“Although, a delegate raised the issue of allowances for aides of delegates, it did not achieve popular acclamation”, the statement quoted Akpandem as saying.

It stated also that the secretary said delegates would, on resumption on Monday, debate and adopt the Rules of Procedure.

“Delegates will subsequently commence the debate of President Goodluck Jonathan’s address delivered at the inauguration on Monday, March 17”, the statement said.

In the statement, Akpandem listed the working documents already with delegates to include the Report of the Constitutional Conference, 1995 (Containing the Draft Constitution) Vol. 1.

“The delegates also have the Report of the Constitutional Conference, 1995 (Containing the Resolutions and Recommendations) Vol. 2.

“Also, they have the Report of the Presidential Committee on Review of Outstanding Issues from Recent Constitutional Conferences (Main Report) July 2012.