The apex body for Islamic organisations in the North, the Jama’atul Nasril Islam, has accused President Goodluck Jonathan of having a hidden agenda with the convocation of the National Conference. 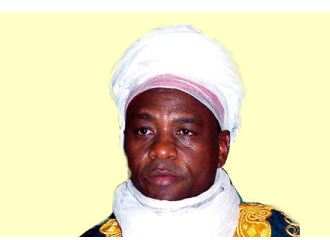 The JNI, led by the Sultan  of Sokoto, Alhaji  Sa’ad Abubakar,  said despite the concerns expressed by well-meaning  Nigerians, the President had gone ahead to inaugurate the conference, in Abuja on Monday.

It also said that Moslems were short-changed in the selection of delegates to the conference.

The JNI’s Secretary-General, Dr. Khalid Aliyu, at a news conference on Wednesday in Kaduna, said no amount of conferences would solve the myriad of problems confronting Nigeria, except “when our leaders lead with justice and equity in the country.”

According to him, 62 per cent of the delegates to the conference are Christians while the remaining percentage is shared by Muslims and other religions in the land.

He said, “What is most disturbing  is that the Muslim leadership and Islamic groups have called the attention of the President  to this matter but he has paid no attention to the concern of the Muslims

“Let me comment on the conference, which the Federal Government has convened. It is on record that many Nigerians, including the leadership of the Muslim community in the country, have expressed various concerns regarding the confab.  Nigerians have warned that the confab is ill-timed given that electioneering is about to begin. Even with all these cries, the conveners have gone ahead to host the conference.

“We are however worried that the process of selecting participants to the conference has been observed to have thrown away all known dictates of fair representation in a democracy, which will no doubt affect the credibility of the outcome of the conference. Although, democracy is a game of number, this has not been respected.

“We find it a great disregard and disrespect  to the conscience of the Muslims that of the 20 delegates of the Federal Government, only six are Muslims. No Muslim is deemed fit to make the list of the Nigerian Economic Summit

“In fact, in the representation of the security agencies, Muslims have been so unimaginably short-changed with only one Muslim out of the  six retired  military and security personnel.”

The JNI boss also touched on the increasing number of attacks in the north, noting that the region was drifting into destruction.

He said, “One needs not to be told that almost the whole north is on fire.

“In the north today, police stations and military barracks,  which are supposed to be the most secure have become the most vulnerable to attacks.”

He then appealed to all Nigerians, irrespective of their religious and ethnic affinity to come together to address the problem of insecurity in the country   in order to safeguard the future of the nation.