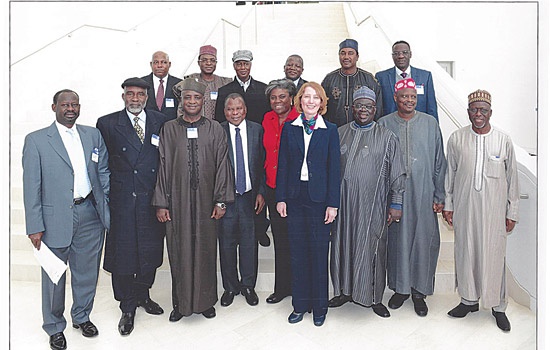 Governors of the 19 northern states on Tuesday urged delegates from the region to the ongoing national conference to ensure that the issues of security and the revenue allocation formula are given the utmost attention.

Speaking under the platform of Northern States Governors Forum, they agreed that the issue of insecurity was the most pressing challenge confronting the North.

This formed part of resolutions reached by the Forum at the end of an emergency meeting, which held at the Niger State Governor’s Lodge, Asokoro, Abuja yesterday evening.

A communique read by Chairman of the Forum and Governor of Niger State, Dr. Mu’azu Babangida Aliyu, stated thus: “The Forum noted that the National Conference was intended to provide a more inclusive and focused forum for candid discourse on the daunting challenges confronting the nation and its citizens, such as security, observance of the rule of law and corruption, amongst other issues.

“Therefore, the Forum came up with a common agenda that would put the northern delegates in a better position to tackle the interest and aspirations of the North and the nation at large”.

Members of the Forum also agreed to take the following actions:

“(Stress) the need to identify the culprits and sponsors of the Boko Haram insurgents and other insurgencies in other places.

On the recent visit of some about 12 northern governors to the United States of America, they said it was aimed at building a veritable platform for meaningful discussions and enhanced cooperation to address security, social, economic and governance issues peculiar   to states of northern Nigeria.