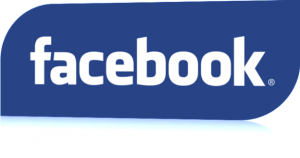 Patrick Snay, 69, recently won an age discrimination lawsuit against Gulliver Preparatory School in Miami. He was employed by the school as headmaster for several years until the school did not renew his contract in 2010.

Snay was awarded $80,000 from the case, reports the Miami Herald.

The catch to the agreement was that he and his wife were prohibited from talking about the settlement.

His daughter, Dana, a student at Boston College and part-time barista at Starbucks, breached the agreement when she posted a status update to Facebook.

“Mama and Papa Snay won the case against Gulliver,” Dana Snay posted. “Gulliver is now officially paying for my vacation to Europe this summer. SUCK IT.”

Dana’s post was seen by her 1,200 Facebook friends, many of which are current and former Gulliver students.

The post quickly made its way back to the school’s attorneys, who informed Snay he had violated the agreement and they would not pay.

“Snay violated the agreement by doing exactly what he had promised not to do,” Wells wrote. “His daughter then did precisely what the confidentiality agreement was designed to prevent.”

Snay defends telling his daughter about the settlement because he had to tell her something as she suffers from “psychological scars” from her time at the school and she knew her parents were in mediation.

“We knew what the restrictions were, yet we needed to tell her something,” Snay said.

A motion for a rehearing and an appeal to the Florida Supreme Court may be filed by Snay, but attorney Bradley Shear says the odds of Snay winning his money back are slim.

“It depends on the terms of the confidentiality contract; each one is different, but the damage is likely done,” Shear told Yahoo Shine. “Some confidentiality agreements stipulate that the client cannot tell people who are not involved in the case: others prohibit anyone from knowing. Facebook is a public forum, even if her profile is set to private, and that’s where the mistake was made.”