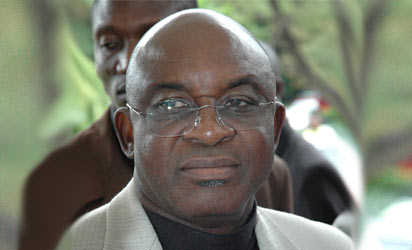 Senate President, David Mark last Thursday escaped death as his convoy was allegedly attacked by yet to be identified gunmen in Orlu, Imo State.

According to a statement by the Chief Press Secretary to the Senate President, Paul Mumeh Friday night, the attack occurred in Orlu Senatorial Zone of the state.

         
Mark lamented that the attack happened a moment when a great philanthropist like Anyaehie was being buried, adding that it was not what should be expected in a senatorial district like Orlu.

He described late Anyaehie as a truthful man and good adviser, from whom he benefited as a young military Major in Port Harcourt, saying his first encounter with the deceased was the greatest in his life.

Mark advised Nigerians to always prepare for their death by being humble and godly like the late Anyaehie, noting that the deceased life united people of Nkwerre, Orlu Senatorial Zone and Imo State at large.