Davido Blasted By Fans On Twitter As They Refuse His Apology 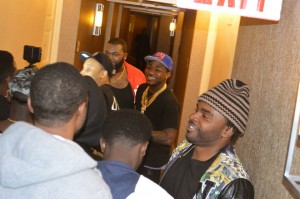 Davido who is currently in New York as part of a US tour, has been accused by his NY fans of scamming them right there in the Big Apple.

The pop artiste’s first official US tour seems to have started on a bad note as his live concert in New York last was packed by angry fans who took to social media to berate the Pop singer for his ‘bad behaviour’.

According to concert goers, the headline artiste (Davido) was billed to hit the stage at about midnight but did not do so until 3AM. Fans had gotten irritated at this point, knowing that the show was to end in an hour. Davido is also said to not have performed his hit song ‘Skelewu’.

Fans who paid for regular tickets were charged $40 while VIP tickets sold for $75. The show (and US concert) was put together by Big A Entertainment.

Knowing fully well what had happened, Davido tried to correct the ‘mishap’ by tendering an apology on Twitter but it seemed too late as fans responded, blasting him.

“YOUR SHOW WAS F*CKIN STUPID AND LAME. YOU BETTER REFUND PEOPLE. I hope they call POLICE on you. You came on stage like 3:20am. Better refund people mtf,” Instagram user @kingarthur903 replied.

“Never again, a big flop! Disappointment! People smoking weed, skelewu wasn’t even performed, you came way very late when people were tired & frustrated, the cops shut it down, so disorganize. You should never come back to NYC to perform anymore because now nobody cares, & that’s a fact. Waste of makeup, energy, gas, money, everything.get your promoters right boo! (sic),” user @africanqueen247 wrote.

“u knew what you were doing when u planned to perform for 15 mins only! Don’t blame the police or the promoters! Stay humble or you will lose all of your fans!” @goodjourney89 advised.

“Fraud Artist! Next time don’t come on stage 30 mins before the venue is about to close! And have your team perform instead! We ain’t pay to watch ur team! African artist gotta do better! Refund our fucking money and stop showing off our money on here! Waste of time smh,” @ceciiif wrote.

Share
Facebook
Twitter
WhatsApp
Previous articleTips To Building Trust: Ask And Answer Hard Questions
Next articleObesere Finally Releases The Video On His Rape Allegation + Shows The Lady’s Face To The World
- Advertisement -Ad ==> Discover how a young Nigerian graduate now makes a consistent 40k per week doing a legitimate online business. You too can start yours now, click here!!!