D’banj’s Father To D’banj: “When I was your age, I was married and I already had you” 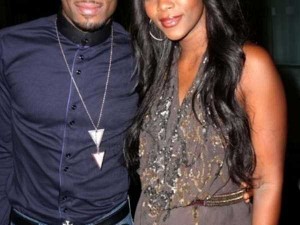 Nigerian music star, D’banj has revealed that his father isn’t overjoyed about his music career.

Even though the Nigerian star enjoyed international success with his 2012 smash hit Oliver Twist and has sold over 11 million albums in his career, he revealed that his dad remains concerned that a career in music isn’t sustainable.

“Don’t do music’ is what my father told me,” D’banj told The Voice.

“Even now, he says to me: ‘Are you sure this music thing is right for you?”

When asked what career path his father would have preferred for him, D’banj, who released his first hit Tongolo in 2004, said: “Any other thing apart from music! My father is so quiet and reserved, whereas music puts you right out there. “He knows that fame can destroy things and he worries about me sustaining success.”

He also says: “When I was your age, I was married and I already had you! When are you going to settle down?’’

Still, the singer-songwriter says that settling down isn’t part of his immediate plan. “I think I want to get a Grammy first! But if an angel should pass, I might just be distracted!”